The 7 set of questions listed below were those that the Editors of  Philip Rahv’s piece on “This Quarter” sent out  to various US writers about the state of writing in the nation.  There were 7 questions:

4.  Have you found it possible to make a living by writing the sort of thing you want     to,  and without the aid of such crutches as teaching and editorial work? Do you think   there is any place in the present economic system for literature  as a profession?

5.   DO you feel, in retrospect, that your writing reveals any allegiance to any group, class, organisation, region, religion, or system of thought, or do you conceive of it as mainly the expression of yourself as an individual?

6.   How would you describe the political tendency of  American writing as a whole since 1930?  How do you feel about it yourself? Are you sympathetic to the current tendency toward what may be called “literary nationalism” — a renewed emphasis, largely uncritical, on the specifically “American” elements in our culture?

7. Have you considered the question of your attitude towards the possible entry of the United States into the next world war? What do you think the responsibilities in general are when and if war comes?

Last week I posted Gertrude Stein’s rather barbed answers. Here are the answers given by John Dos Passos: 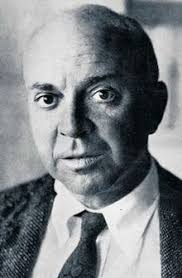 Next Week: Another Writer Looks at the Situation of American Writing.