Like other posts about the “This Quarter” essays, this one will be in two parts.  Part I:

The quarterly reports on the state of literature and politics served to orientate the reader to the pieces that shape the issue at hand. This issue’s central topic is the state of American writing as the summer of 1939 demands an editorial reckoning with the tensions of 1939. This time it falls to Philip Rahv to make the case for the issue, and he does it with his usual fierce analysis. I have discussed Rahv in a number of other posts, and you can find them in the archive of this blog. 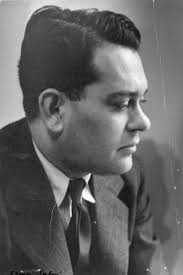 His name for the essay is “Twilight of the Thirties,” echoing Nietzsche and Wagner and the Germanic voice.
Rahv begins by describing the way in which the current literary situation reflects the rise of the ‘democratic’ at the cost of the ‘revolutionary’ current in literature. He takes the example of Anton Zweig, whose The Case of Sergeant Grischa, narrated the trauma and losses of the First World War. But in an interview in the New York Post, Zweig ‘repudiated’ his novel and declared in favour of ‘democratic’ literature.  Rahv sees this as a function of Zweig being drawn into a general tendency to turn down the burner on revolutionary polemical satiric and anti-popular front works.

“Only a few years ago such a revolting about face by a writer of Zweig’s stature would have been universally cited as a piece of  demented reaction. In this retrograde period, however, the majority of writers who formerly  would have challenged Zweig are actually of one mind with him. For aren’t they all, nowadays, true-blue democrats together?  Don’t they assemble at literary congresses — such as the recent PEN Congress and American Writers Congress — where the war drive is spiritually organized, where celebrities of such diverse and unequal talents as Thomas Mann and Dorothy Parker, Jules Romains, and Dorothy Thompson, parading their loyalty to the status quo, solemnly engage themselves to provide the coming world-conflict with the required cultural unction and humanity appeal.”

SO, Rahv goes on to say, that Zweig’s remark is one of the symptoms of the “expression of the present demoralised condition of letters.”

“As the tide of patriotism and democratic eloquence rises, one observes an ebb of creative energy and a rapid decline of standards in all spheres of the intellect and of the imagination.”  The depictions of WWI were indeed more powerful because they showed the terror and horror and senselessness of it. Now, it seems that everything is coated with a kind of cowardly irreality.

And the ‘younger generation’ has ceased to produce exciting new things. “no avant-garde movement exists any longer, and he goes on,

“For more than a hundred years literature , on a world scale, was in the throes of a constant inner revolution, was the arena of uninterrupted rebellions and counter-rebellions, was incessantly reviewing itself both in substance and in form. But at present it seems as if this magnificent process is drawing to a close.”

The world that Rahv had thought would result from the knowledge gained from WWI, and from the Russian Revolution, would be made with fewer costs, until the Moscow Trials, the Popular Front, and Fascism twisted it all into errors and lies.

“Only one idea promised to re-vitalise literary expression is this decade. It was the idea  of the social revolution in its specific application to culture, and it gave rise to a radical school of creative writing and to a Marxist literary criticism. This movement, however, turned into its very opposite after a brief span of life that was as blundering as it was exciting. From the start it was held in pawn by the Stalinists. AT first devised for revolutionary ends, it has now been converted into a means of forcing literature into the harness of the old society. This movement has pulled a great many writers into the orbit of politics. But this only means that a great many writers who were previously politically indifferent, and hence relatively immune to certain rabid notions, have been led to accept and even to idealise bourgeois values at the same time as catchwords of “progress ” and “democracy” delude them into imagining themselves to be still radicals. Yet having dedicated themselves to society, society rededicates itself to them. Never have the literary lions of the “left-wing” enjoyed such lavish hospitality from the world at large as at present, never have they received such bounties, such whole-hearted recognition, from the very powers they profess to abhor. As for those writers who refuse to accompany the Comintern on its travels from one pole of the class struggle to the other, their works are placed on the expurgatory index and their persons committed to Satan. And The New Masses these days denounces John Dos Passos and Edmund Wilson as “enemies of the people” in the same issue in which Hollywood is saluted as a centre of culture.

Rahv has set the scene now for what will have to be his “lesson about politics to literature to be from this experience.”

come back next week to read  part II.