The final piece in Vol IV, No. 1 is RIPOSTES… a chance for the journal to respond to the way its first issue has been been anticipated by the Communist Party’s own ‘premature’ critique, “Long before anything could be known  of its character or content.”

The pro-Stalinist periodicals that attacked PR  included the New Masses and the Daily Worker,  and these organs of the communist movement were quick to accuse the PR of betraying revolutionary principles.  One of the early PR editors and contributors who had also been for a while a literary editor at the New Masses, Fred Dupee, was rubbished by the Daily Worker “for having the gall to demand freedom of expression for attacks against the Soviet Union and against the Communist  movement.” 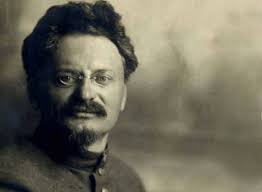 The Daily Worker headlined stories in October 1936, “A Literary Snake Sheds his Skin for Trotzky,” “Trotzkyist Schemers Exposed,”  and “No Quarter for Trotskyists — Literary or Otherwise.”   For the political accusation  underlying  the CP  criticism of PR’s line on literature was  “that the professed literary aims of Partisan Review are merely a smoke screen for its ‘real’ object, which is to spread Trotskyist propaganda.” ….

This may be a good place to add a bit more about the Moscow Trials and the case of Leon Trotsky. The ‘riposte’ to the Daily Worker, cites V.J. Jerome a chief spokesperson for the Communist Party’s line on ‘culture’:  “In the language of V.J. Jerome, one of the party’s deviation experts, we are ‘of the same ilk that murdered Kirov…’ What we, in our innocence, conceived of as a literary magazine has become the organ of the murderers of Kirov. Such is the result of refusing to accept the Party Line in literature.” [AJ: We will return to Trotsky many times — not least because he was critical of ‘Socialist Realism,’ and a modernist. His book, Literature and Revolution (1924) is a wonderful introduction to Marxist literary criticism, and can be accessed at:

Kirov was the leader of the Leningrad Communist Party, and he worked closely with Stalin and had the good will of much of the Party. In 1934, he was murdered on the street by a CP member, Leonid Nikolaev, and Stalin was moved to undertake an investigation into the murder by the central apparatus of the Party. Although many have argued that it was Stalin’s idea to assassinate Kirov, it is just as likely that Stalin used the occasion of Kirov’s murder to round up various ‘trouble makers’ in the Party, most important of whom was Trotsky, who had been exiled by Stalin 1929, and was now living in  Mexico.  Trotsky and ‘accomplices’ were accused of the Kirov murder, and found guilty of that and of conspiring to kill Stalin and members of the Soviet state’s chief leaders, and to overthrow the Soviet Union.

Although they had been part of the Revolution as Bolsheviks, Lev Kamenev and Grigory Zinoviev were on the list of betrayers, and between August19 and 24, their cases and those of other ‘old Bolsheviks’ were heard as part of a Trotskyite-Zinoviev Conspiracy, their guilt decided,  and on the morning of August 25 Kamenev and Zinoview were executed.

Trotsky, at this time had moved to Mexico, where he attempted to stay in as close contact as possible with his supporters, though he made it clear that he did not want to start a rival organization. He was assassinated in 1940, on Stalin’s orders.

Among the Partisan Review editors and many of their contributors, the trial was patently without merit, and when the Communist Party published transcripts of the trial, many US Intellectuals were astonished that the CP could show such obviously faked evidence and forced confessions. Many rallied to the cause of vindicating Trotsky and his principled objections to the Stalinist regime: principally in the Committee to Defend Leon Trotsky, overseen by John Dewey, Sidney Hook’s mentor (you may recall from the last post) and distinguished philosopher of Pragmatism.

And you may also recall that it was when Mary McCarthy woke up one morning to discover that her name was on the letterhead of Dewey’s Committee that she decided to find out what the Trotsky business was all about, which then led her to life-long support of the American Left. 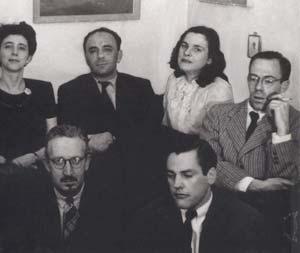 One thought on “EndPapers”